We saw the supermoon lunar eclipse the other night. It was cloudy and the moon was hidden at times but we got a good view of it.

A downy woodpecker has taken a fancy to one of our birdhouses. You can see it peeking its little head out. It's so cute!

Fall is starting to show with tinges of color on a few trees, earlier sunsets, and pumpkins and mums on porches. While I love fall with the rich colors and slightly cooler weather, I hate that it starts to get dark so early. 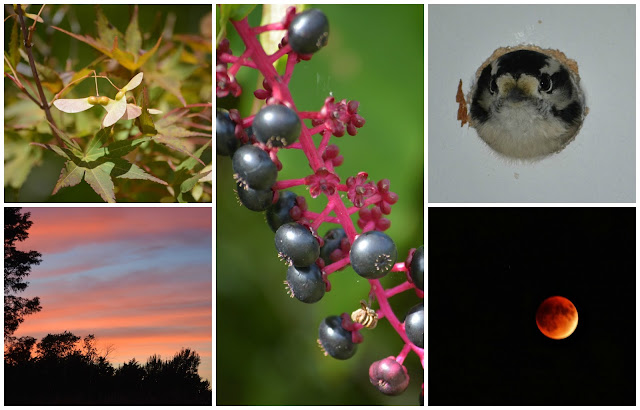 
Earlier in the month, Dad, my brother Ryan, and I were able to go to a Michael Card conference. He talked about the gospel of John. Michael Card has written books on all four of the gospels (and has cds on each one as well). The last one was John. It was a wonderful and thought provoking weekend. 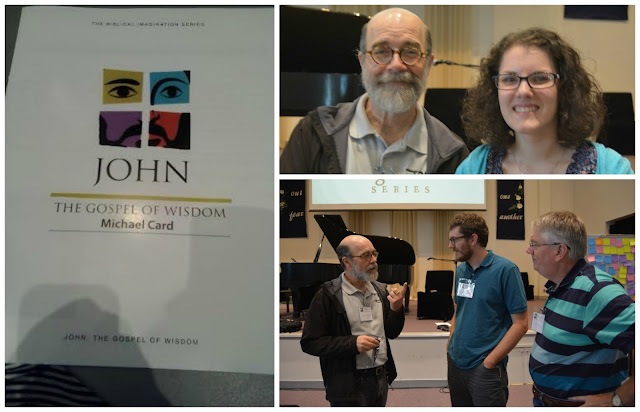 The conference ended with a concert. Mike played some old songs (such as God's Own Fool, Come Lift Up Your Sorrows, El Shaddai, Love Crucified Arose, and Grace Be with You All) and some new songs (Jesus Wept, This is Who You Are, A King in a Cattle Trough...). 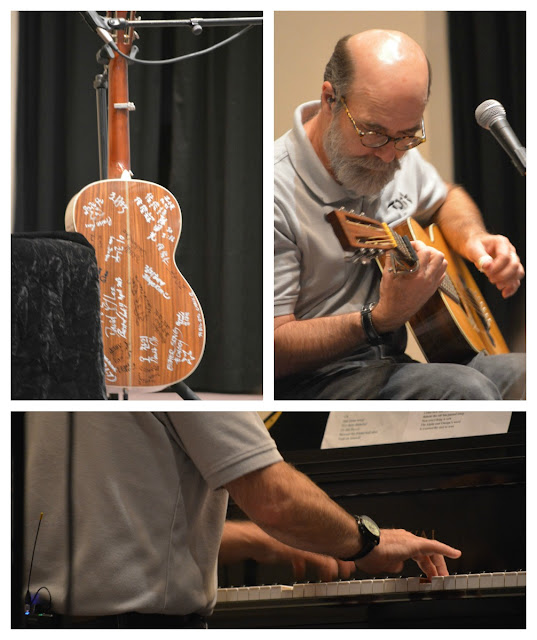 He also shared the stage with Ginny Owens, who sings a song on the John album. 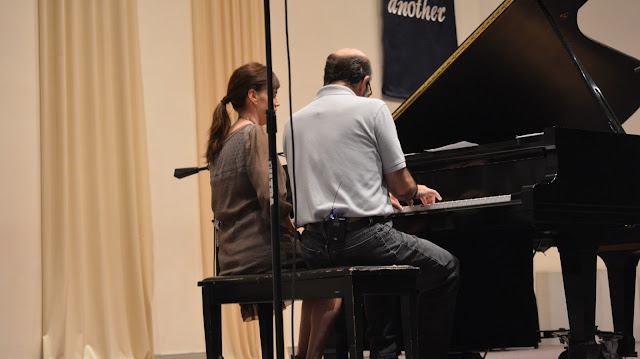 Michael Card is a talented pianist and guitarist. He played this beautiful song called New Jerusalem which I had never heard before.


* * *
After the conference we made the trip back to Ryan's house and were able to spend a few days with Sarah and the kids. 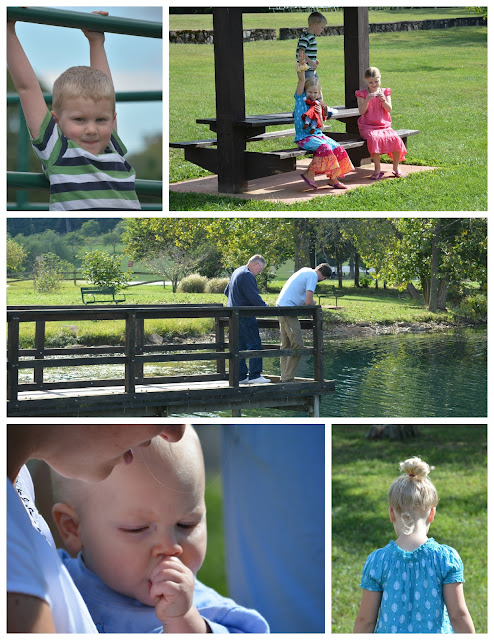 I love this picture Sarah took of me and Paul. I'm overcome with how cute he is every time I look at it! (And by the way, that sweatshirt I have on? Love. It was a clearance Target find. It's light weight and perfect when you need something on a cool late summer evening. I get cool easily so I've been wearing it a lot.) 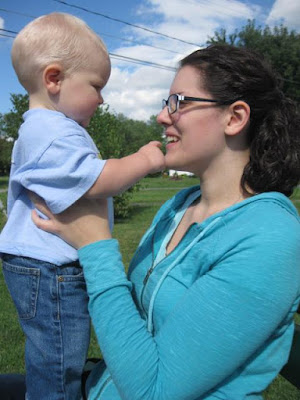 
Pumpkin iced coffees are wonderful! I get them way too often. A local coffee shop I go to drew a little pumpkin on my cup once. It made my day!

Pumpkin donuts are good, too. We celebrated the first day of fall with a couple pumpkin munchkins from Dunkin Donuts. 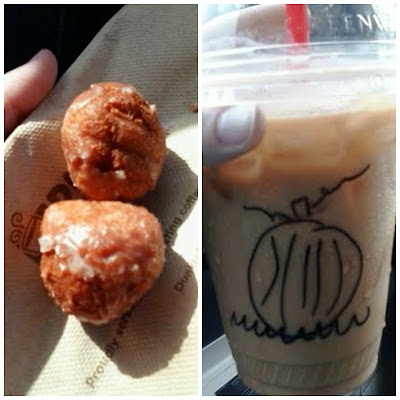