Scrabble is one of my favorite games. My sister-in-law, Sarah, is one of the best players I've seen and over the years, I've picked up a few tips from her. I'm usually playing at least one game of Scrabble with facebook friends.

I've talked to several people over the past year or so who enjoy playing Scrabble so I invited a few good friends over for a Scrabble night.

I had to have fun with the snacks so I made Scrabble brownies from an idea I saw on Pinterest. I also had a bowl of Scrabble cheez-its. 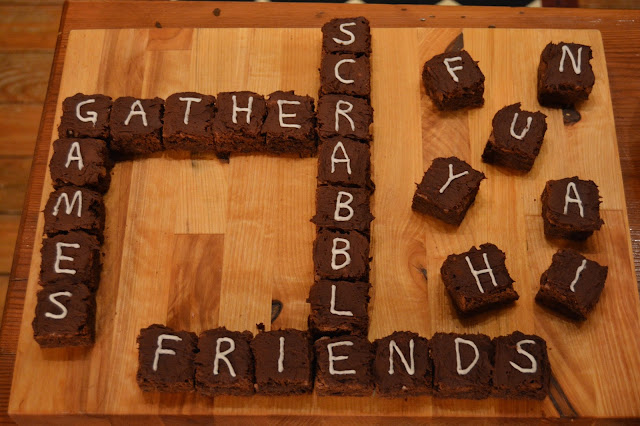 Since there were six of us, we were divided into two groups of three with two games going on at the same time.

After our games were over, we played Bananagrams for quite a long time! We all had a wonderful time playing and spending time together!