When I was a little girl of almost seven, all I wanted was a little sister. I wanted a sister to have tea parties with and play dolls with. When I found out that I was going to be a big sister for the first time, I knew right away that it was a girl. My parents and older siblings told me that it might be a boy and not to get my hopes up, but I would reply that it was a girl! When my sister was born seven and a half weeks early I was thrilled. I wanted to hold her but she had to stay in the NICU ward of the hospital for a while and little girls aren't allowed to go in there so I had to wait. It was such a long wait! But finally she was able to come home and I was able to hold her and be a big sister to the little sister I wanted.

As the years went by, we played dress-up and barbies, tea parties and dollhouse. But now we are both older and we don't play dolls or dress-up together anymore. Though we still have tea parties every now and then but instead of tiny plastic cups and pretend tea, we use the real china teacups and blueberry tea.

Yesterday, Bekah had a birthday. Her eleventh birthday. I can't believe she is eleven already! For her birthday, we went outside and had a photo shoot. She put on a pretty outfit, I grabbed Nick, and off we went out in the yard to snap away. We got a lot of great shots some of which can be found ~here~ on my mom's blog. 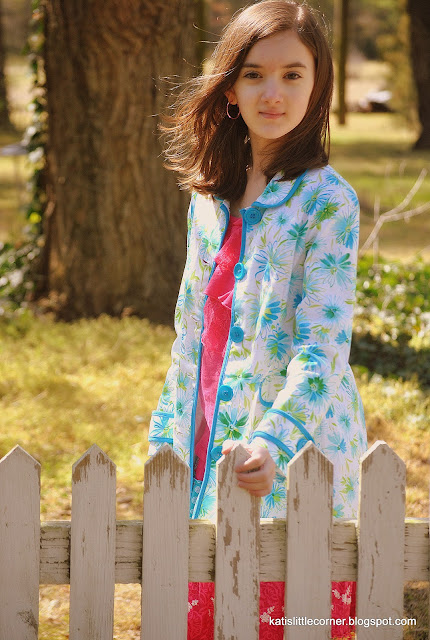 Bekah looks so old in that picture and the one from Facebook that you posted last night! I guess she's not a little girl anymore. :-(

This is a beautiful picture, Kati, and beautifully captured.

God bless, and all the best for the challenge!

Aww, what a cute picture! Best of luck in the contest! :)

Kati, your words are so dear and precious. The love of sisters. It only grows stronger as the years roll by. I'm thankful God gave you the Little Sister for whom you had been longing.

Your photos of Bekah are so beautiful!

hiya, kati! i do love discovering new blogs. :)
and the dandelion on your sidebar, i do love dandelions, i picked one just today actually:)
love the picture!

This picture is absolutely amazing!!!! I love everything about it <3

This is stunning, Kati! The lighting, composition, and the subject. Great work!

Aw, I love that! What a nice shot!