Gavin and Ben, the two I thought would be the hardest, were the last to have their photo shoots. 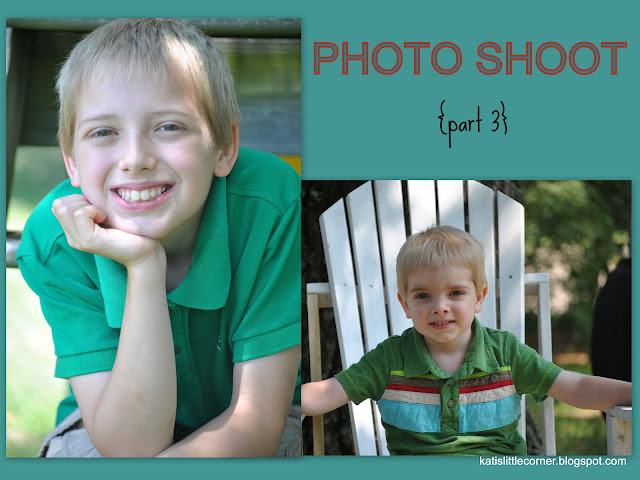 Gavin is not always photogenic. When you try to take his picture he makes a fake smile or his eyes get real big (think "deer in headlights" look). 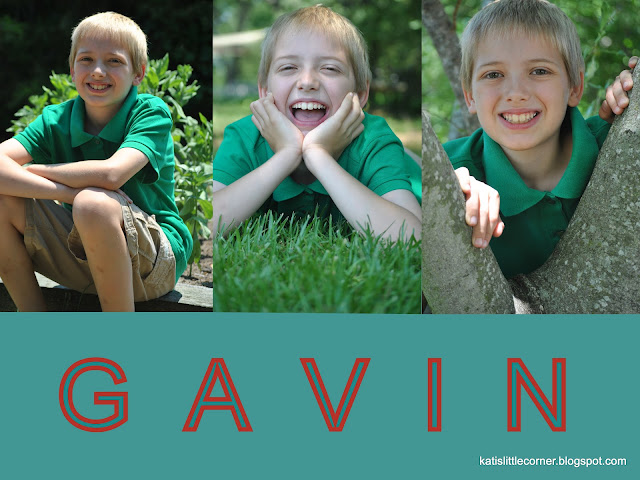 Out we go, just the two of us since it was hot yesterday and no one else wanted to venture out to watch. As I was snapping away I tried to come up with funny things to say to get him to laugh. Usually Gavin will laugh at any bathroom humor but after several attempts he told me that he doesn't laugh that much. Right. :) But as it turned out, even without that many laughs and giggles we got some great shots! 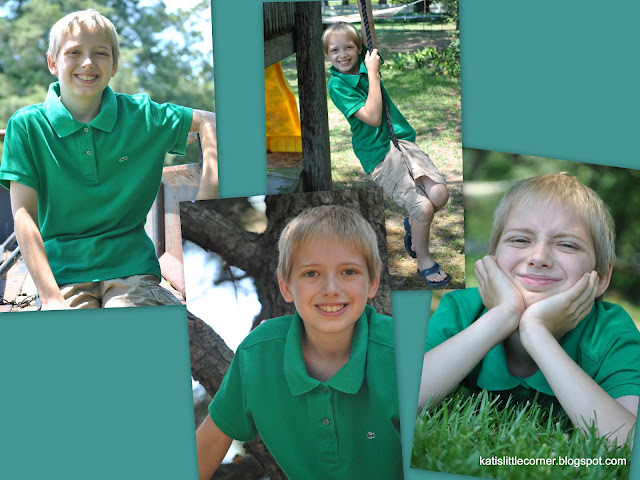 Gavin is a talker. (And even he doesn't dispute that.) Between every picture he had something to say. 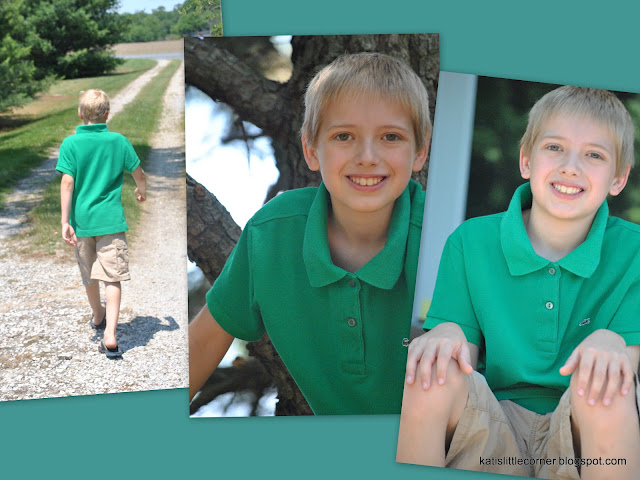 After the last picture I told him that unless there was somewhere else he wanted to pose, then we were done. With that he jumped up, said "ALRIGHT!", and ran into the house. When asked if he had a good time he quickly responded with, "no." But he endured it all really well.
Ben, on the other hand, was looking forward to his photo shoot when I first mentioned it to them a month ago, but after the siblings photo shoot didn't go so well for him, I think he lost a little interest in it. Ben wanted his mama out there with him so the three of us tramp out into the heat and start the shoot. At first, like all the others, he was a bit hesitant to smile. But after the first few pictures were taken he warmed up and started giving me some smiles. 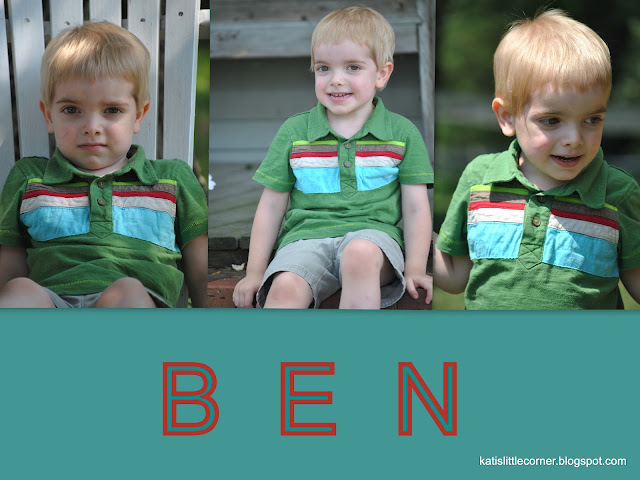 He really wanted to have his picture taken on the slide but he had so much fun with it that he didn't want to stop! :) 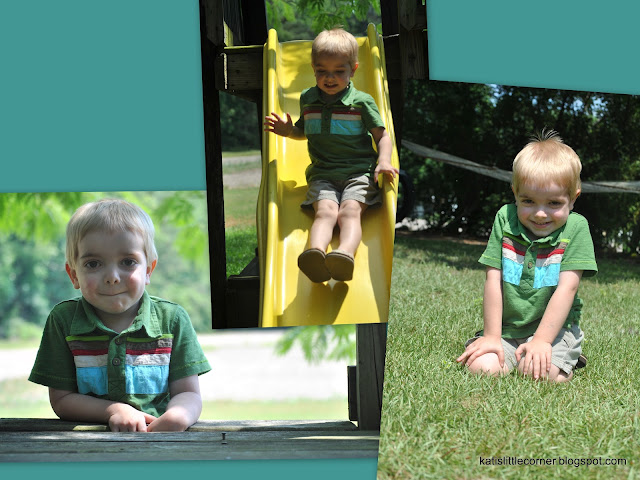 He made it through the photo shoot without shedding one single tear! Yay! 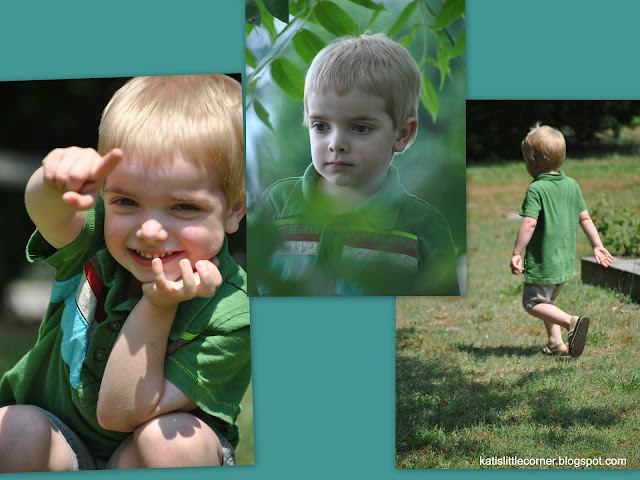 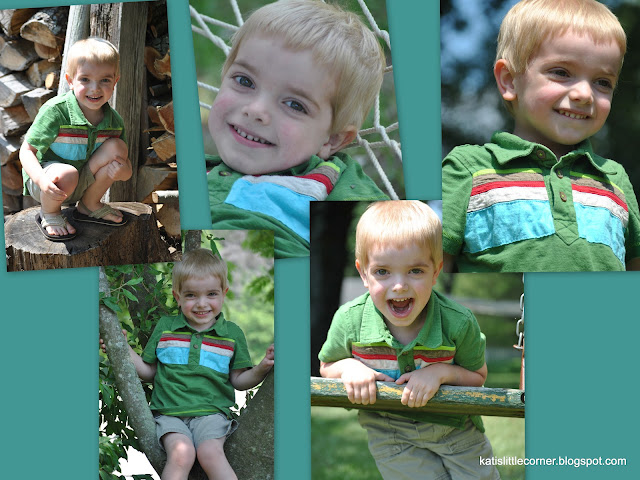 It has been so much fun doing these photo shoots and it's nice to have these pictures of the kids. I'll miss doing them. 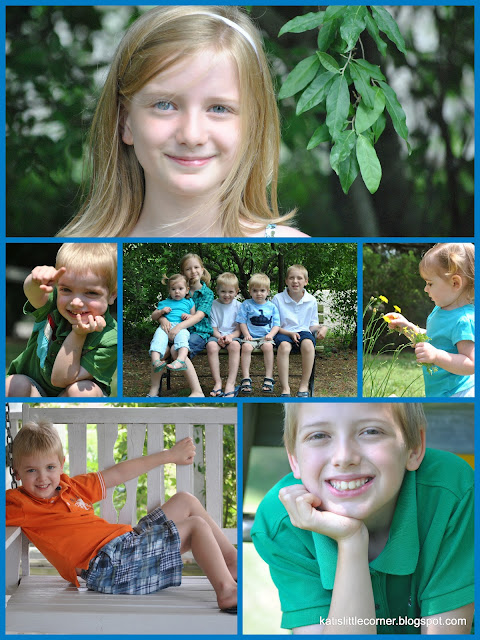 I am so impressed by how well Gavin's pictures turned out. It is so hard to get a natural, non-silly picture of him. And Ben, too. Usually, he has a frowny face in pictures. :-)