This was originally a guest post I wrote for Mom's Slow Cooker series. You can see that post ~here~.

I love making desserts of all varieties. One thing I hadn't tried making was rice pudding. Mom makes the stove top kind almost every year for Dad's birthday (which is tomorrow) but I've never tried it myself. I've come across several recipes for crock pot rice pudding on Pinterest so I decided to give it a try. It was easy to put together and not time consuming at all. I took this recipe as my inspiration but I changed a lot of things to fit our tastes. 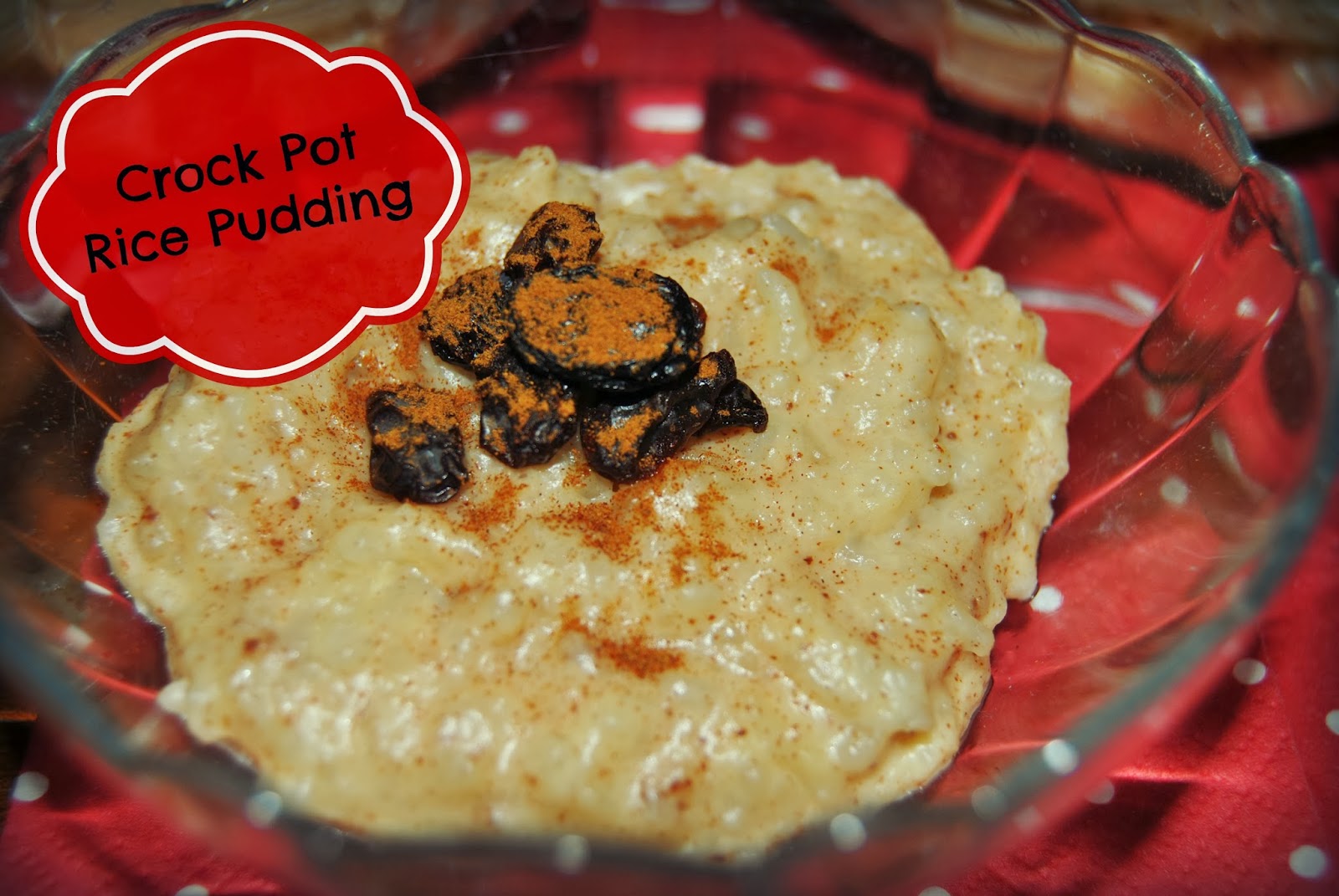 1. Combine whipping cream, half and half, milk, sugar, rice, and vanilla in a slow cooker.
2. Cover and cook on high for 4 hours or until creamy, stirring once or twice.
3. Stir in cinnamon and raisins.

I hope you enjoy this recipe!
Written by Kati at 11:30 AM

I love rich, creamy rice pudding. This looks like it would be really, really easy to make.

I love rice pudding, and always made the stove top version. I have to give this slow cooker one a try. Sounds so good.