“Good apple pies are a considerable part of our domestic happiness.”
― Jane Austen

September makes me think fall...even though last week's weather wasn't saying it. Once the calendar says September, I'm ready to start making and eating all the wonderful fall foods. I've been wanting to make an apple pie for over a week so apple pie was what was on the menu for dessert last night. Instead of the traditional apple pie, I decided to make hand pies. 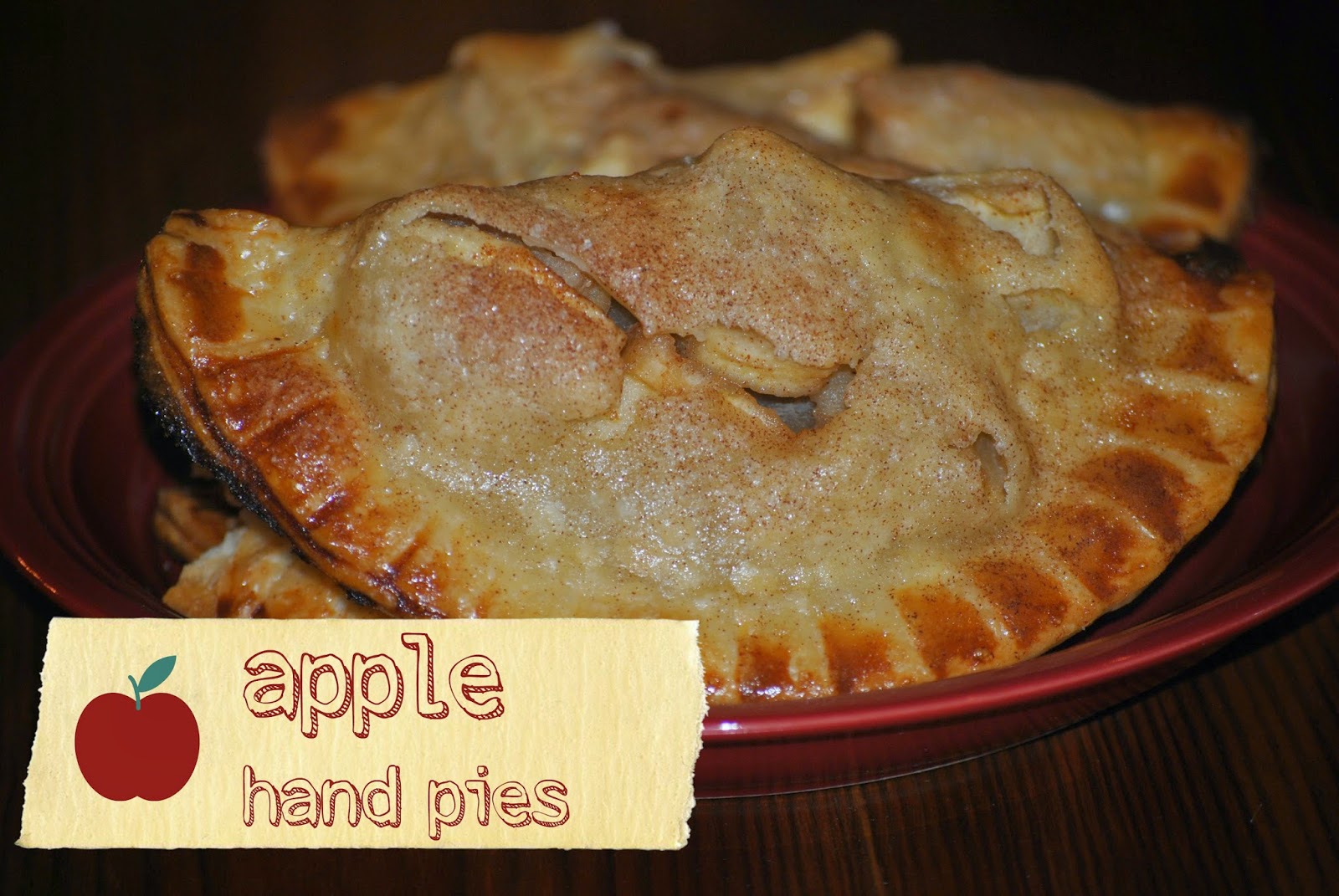 Directions:
1. Preheat oven to 400°. Peel, core, and slice apples. Cut the slices in half. In a large bowl, combine sugar, cinnamon, and salt. Add apple slices and stir together.
2. Cut eight 7-inch circles out of the pie crust. Put a spoonful of apples on top of the dough circle. Place 1/4 tablespoon butter on top of the fruit. Brush egg on the outside edge of the circle and fold over. Crimp the edges of the dough closed. Brush more egg on the top of the pie and sprinkle with cinnamon sugar if desired. Repeat with the other seven circles.
3. Place pies on a foil-lined baking sheet and bake for 15 minutes.

I only had one package of pie crust so I made four hand pies. Instead of halving the fruit mixture, I took the excess pieces of dough and rolled them together to form a bottom crust and poured the rest of the fruit into a pie dish.

I used this Nordic Ware Pocket Pie Maker to form the pies. It makes the cutting, folding, and crimping go much easier.


What fall food are you looking forward to making?
Written by Kati at 10:30 AM

Those look so good. I bet they were delicious!

We're apple pie people here too. Kate was our Apple Pie Queen... That talent must go with the name! :-)

I make Fresh Apple Cake every Fall... It was my Pop-Pop Vin's favorite, which is scribbled next to the recipe in my cookbook. Makes me smile every time I go to make it!

Well, I already made my pumpkin butter and I made homemade applesauce this week so I'm in fall mode, too. I'm excited to make pumpkin bread soon (unless Owen takes over that area!) and I can't wait for soups and stews!

Ohhh, those look good, I will have to try some.....thanks!

I made an apple cake for church last Sunday. There is none left, if that tells you how good it was. I love fall foods also.

Yum! - I like Pumpkin so anything with Pumpkins or Cranberries or Apples...well I just love fall desserts of all kinds.