These were adorable and they turned out so well! Instead of using marbles in the cupcake tin to make the dent, I borrowed pie weights from my grandmother. Because they were smaller than a marble, I used two. I wasn't sure if it would work. I was afraid the small space in between the two would fill with batter while baking and ruin the look. But everything went fine and they looked just like hearts when baked. 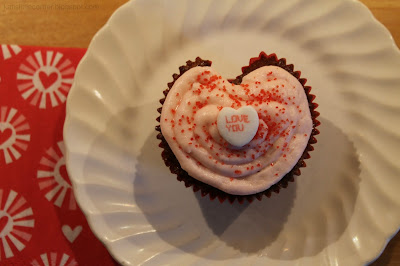 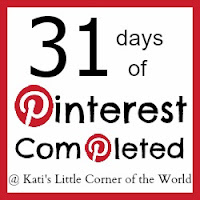 So sweet! I wonder if a single pie weight would work in a mini-muffin tin. I may have to give it a go!