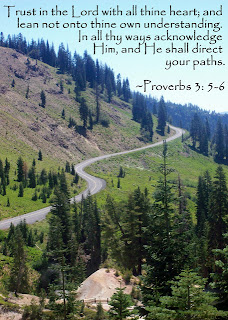 Last year, at the end of the year, I did a year in review post and I knew that this year I wanted to do it again. I had thought that it would be nice to work on it throughout the year, picking the highlights of each month of posts as it ended. But I didn't get around to doing it and I'm so glad!

It's so neat to look at the past year of posts. There have been posts I've forgotten about, posts that seem so long ago that I can't believe it was this year, and scads of memories.

I hope you have as much fun as I did looking back at some of the highlights of this year...

In the beginning of the year I named my Nikon camera Nick, I made black bean brownies and they were a hit with all the picky eaters, and I found the art of scarf tying.

February I started off by talking about my sisters, then I hosted my first photo challenge for Valentine's Day: hearts, and I got a Pinterest account and I started sharing some of the pins that I found starting with the ABCs.

MARCH
I shared some more pins and I made a recipe from a pin I found, I participated in the very first ever note card party, and I rambled a little bit.

I reached my 300th post in April! I also posted some poems in honor of National Poetry Month here, here, here, and here, and Bekah turned eleven.

I finished my series of photo shoots, I hosted my first sponsored giveaway thanks to my friend Kate, I also refashioned a t-shirt, and experimented with some nail art.

On the photography note: I took a few pictures of my friend's new baby, Alex, and I did a photo shoot of my cousin, Isabel. Then I also made a pair of bermuda shorts, and we had a (not so) friendly visitor.

I started experimenting with word art, I did a post about my dear friends, and Bekah had another photo shoot.

I made some sugar scrub, I had my wisdom teeth removed (and a friend helped me feel better), I also shared the perks of Autumn.

October was consumed with 31 Days of Decadent Desserts. Some of the desserts I shared were: pineapple layer cake, chocolate chip cookies, Crème Brûlée, and peanut butter fudge brownie trifle.

The big highlight in November was that Ryan, Sarah, Eve, Nora, Peter, and Lucy got to come home for Thanksgiving. We had such a fun time! We visited, we did a photo shoot, we baked, and we had a birthday party.

The scripture you have shared is one of my favorites. One reason I enjoy blogging is being able to look back over the year and enjoy the memories, Thank you for sharing.
Wishing you a most blessed and happy New year.
Blessings,
Sue

It was fun looking back and thinking over the past year here at Kati's Little Corner!